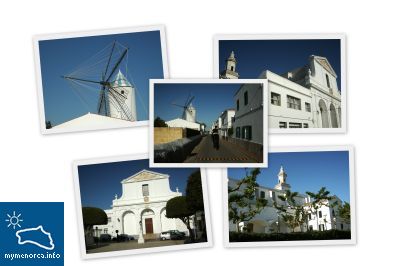 Close to Menorca's southern sandy beaches and cosmopolitan capital Mao (Mahon) Sant Lluis an excellent place for people who want a great base to explore the island Approximately 2 km south of the capital Mahon and 15 km from the Airport.

Suited to those wanting an authentic atmosphere set in attractive surrounding countryside Sant Lluis is a residential town at the heart of one of the top, if not the best, tourist areas on the island. The south east corner of the island the "golden triangle".

Sant Lluis is a traditional menorcan town (though architecturally its grid based - heritage from it french military occupying founders). Suround by picture postcard countryside and villages Sant lluis is a great base to explore the island being equidistant from many attractions in the surrounding area and near to the popular south coast beaches.

The town is dominated by the main church ( Eglesia de Sant Lluis ) and being grid based its easy to find streets. Populated by locals and ex pats from various countries Sant Lluis has a thriving community with a relaxed friendly pace. The capital Mahon is just a few minutes north by car, tax or regular bus service.

Sant Lluis has a number of banks, together with assorted local shops, newsagents, banks, chemists, doctors, dentists and some great ice cream cafes and a petrol station.

Nearby S'Algar is a haven for watersport enthusiasts. Club S'Algar Diving, provides water skiing, windsurfing and jet skiing. Divers can be hired too to help you explore the underwater caves and coral reefs along this favourite part of the coastline for divers.

Founded by the French in 1761 during their occupation of Menorca, Count l'Annion, then Governor of Menorca, ordered the village to be built around a church - dedicated to Louis IX. Around the town are some lovely villages ( Torret,Trebaluger,S'Ullstrar,Pou Nou & Llucmacanes) , all well worth a wander through and there are some beautiful converted farmhouses to rent in the surrounding area. A number of island's mostly highly regarded restaurants are just a few minutes drive away from Sant Lluis as well as the popular 'La Rueda' tapas Bar restaurant in the town centre.

There are walks along the coastline, many miles of attractive Camis ( single track country roads ) plus a number of pre-historic and historical sites all within 10km . The idylic and very attractive villages of S'Ullastrar and Torret are also close by hiding some of the islands' most highly regarded restaurants. Seeking a virgin beach? The closest (Cala de Biniparratx) is along the southern coast just after Cap d'en Font - at the end of an attractive limestone gorge.

San Lluis has several "petanc pistes" similar to french boules. A delight to sit and watch locals 'doing battle' alongside the main church in the town centre. Yes you read correctly, cricket! The Oh so english Menorca Cricket Club is located in country lanes just a couple of kms away and welcomes visitors to watch.

Sports club in Mahon. Near the San Luis Hotel ( S'Algar ) are tennis courts for hire , outdoor bowls, football piches and other smaller activities.

S'Algar Diving located at the waters edge in S'Algar offer a wide choice: All varieties under the water and on and above the water with fast boats, parascending and jetskis. This part of the coast offers some excellent diving areas including Menorcas renowned spectacular underwater caves. The watersports centre is located at S'Algar Diving. Some of the caves reach backinland quite a way!

The sailing schools (yacht and windsurfing) based in Fornells are about 25 min drive away.

The locals area is criss crossed with "Camis" ( original rustic bridleways ) ideal for cycling in scenic countryside. These countryside single track roads offer several trekking excursions or bike rides. With some beautiful villages nearby to explore. ( Trebaluger,Torret,S'Ullastrar ). You can walk the Cami de Cavall ( old costal pathway ) either north towards Es Castell or south to Punta Prima passing the old coastal watchtowers long the way. Take the Cami de Cavall ( over the mini viaduct behind the beach ) south where you will arrive 20min.s max at the picturesque inlet with Watchtower-take your swim things for the inviting inlet there!

The countryside around S'Algar is ideal for people who enjoy walking and exploring, a favourite of ours being the walk down the densely wooded path through the gorge to the tiny beach at Cala Rafalet - take your snorkelling gear! Just north of S'Algar is a very pretty ravine for trekkers, Cala des Rafalet with a rewarding sea dip at the end.

Self Catering : Accommodation only from basic Apartments to Luxurious Prestige Villas 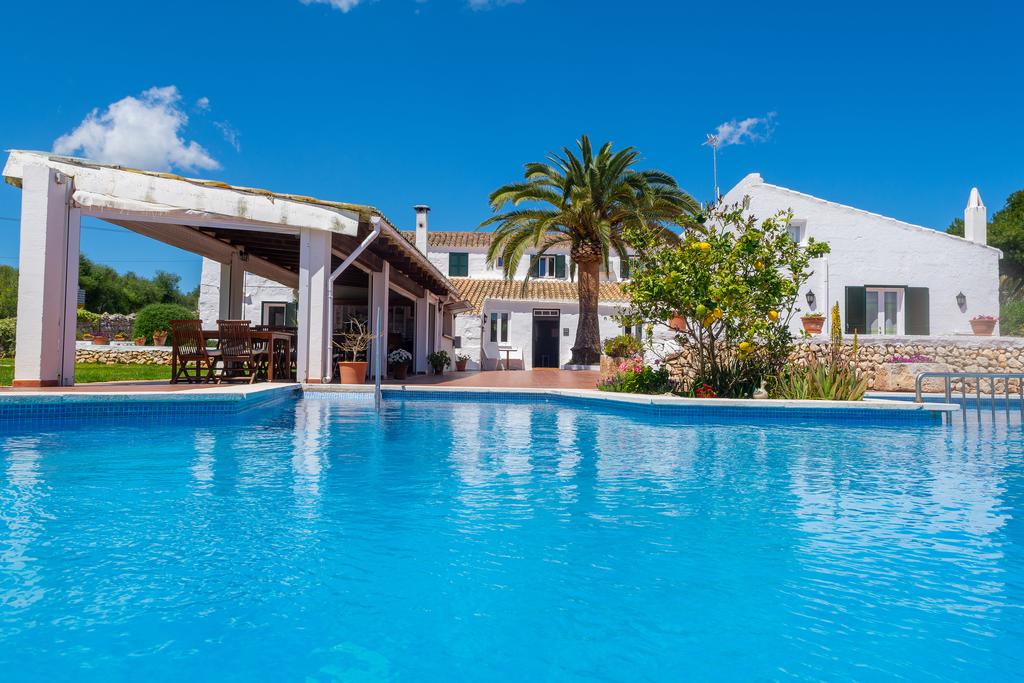